The following is a recent variation on an ancient recipe, created originally in Valenzano á Bari, by the family of my grandfather, Alfonso. Because the people of his village did not use surnames the way we do now, and because his family had lived within the protected domain of the local castle in Valentano, when he, like so many others, emigrated from that impoverished land to North and South America at the fin de siècle, he took the last name “LaCasella” (the Castle). Alfonso moved across the United States, working a big oven on a flatcar as a bread-maker on the North American railroad then being constructed. When he finally made his way to the Pacific Northwest, he made a living as a musician-singer and as a cobbler – trades for survival he learned as a young boy in poverty stricken Southern Italy.   During his travels across this big country, he passed through Chicago where the common surname “LaSalle” was taken by many Italians to avoid the prevalent prejudices against all immigrants of that day. He too changed his surname from La Casella to the French sounding “LaSalle.” Sound familiar? 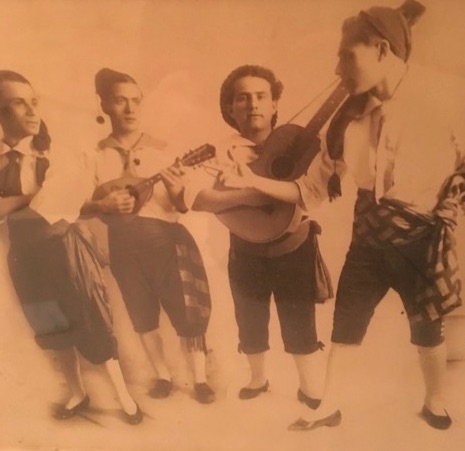 Many recall the timballo created by Primo and Secondo in the film The Big Night. I truly appreciated that film because of way it depicted the immense pride and fastidiousness in maintaining tradition manifested by Primo when he was making that spectacular country dish. 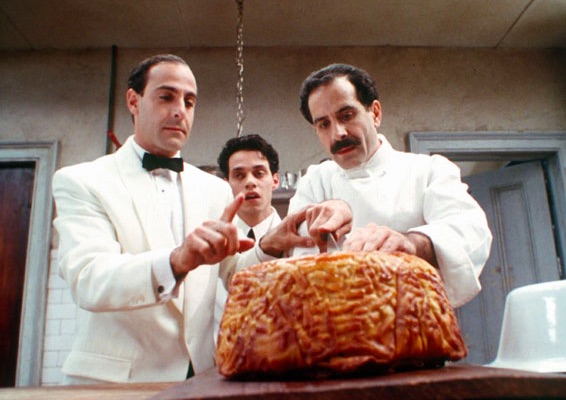 The following are two variations of the timballo, different than the one in The Big Night,  that I hope honors the memory of my own ancestors. 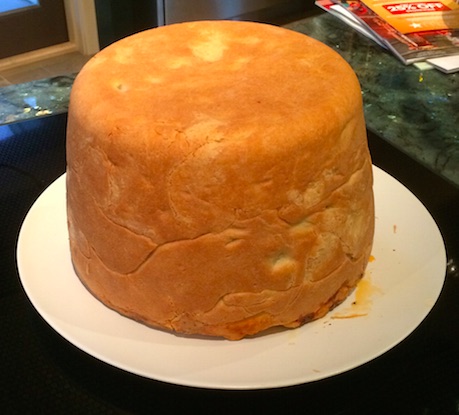 Use the same dough recipe in each version.

Mix all ingredients in a blender or processor. Refrigerate for one hour or more. Roll out into a thin crust. You will not need to grease the timballo pan because of the butter shortening. Line the base and sides with the dough and leave enough on the edges so you can overlap and cover the filling when it gets to the top. 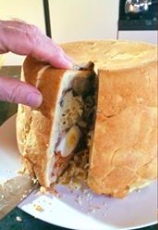 Each variation requires the dough to be rolled thinly then placed in a Timballo pan (a round, ceramic or iron Dutch oven), 14” diameter or bigger, and at least 8” to 12” tall with a flat cover that can serve as a base when you invert the timballo.

Start one of the more solid of the ingredients, e.g., ham or eggplant, then add different layers of the ingredients, each layer at least ¾ to 1” in height. Cover the stack with a layer of the pastry dough, then cover. Cook at 375 F for 25 minutes. Invert the pan and cook for another 25 minutes. When cool, gently remove the timballo and cook until the dough is golden brown and crisp. 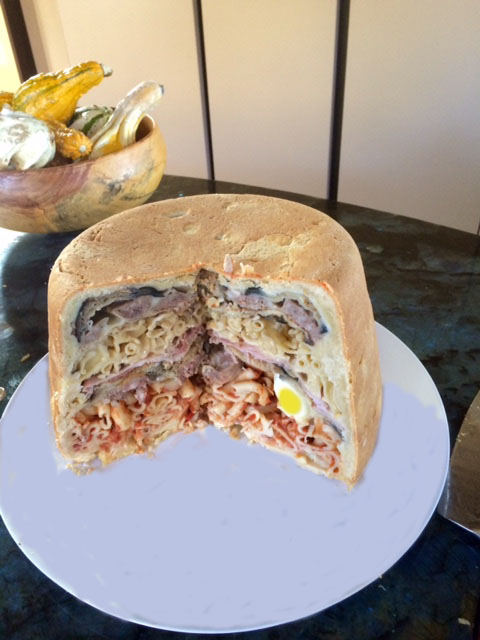 It should stand up on its own, just like the picture. If it falls, don’t worry…it will still be delicious and can be cut and served with a good marinara sauce. You will then call it “Timballo di Castella Caduta” (Drum of the Fallen Castle).