We returned to New Orleans this past week to meet with over 800 medical directors of our nation-wide Emergency Medicine, Anesthesiology, Hospitalist, Orthopedics and OB/GYN services.  During the three day event, we listened to several speakers, including former HHS Secretary Michael Leavitt, discuss healthcare financing, leadership, management and clinical topics, frame the future and provide context for the past 35 years of TEAMHealth.  Mr. Leavitt, in particular, is an engaging and exceptionally polished speaker.

In the general “corporate” sessions on the second day, we surveyed the attendees and learned that about a third have been with TEAMHealth for less than five years and only a handful were company silverbacks like me. That provided me with the opportunity/responsibility to weave some historical context into the meetings.   I was given the privilege of addressing the assembly twice.  The afternoon session (right after Leavitt) was my “Last Hurrah” –  to give perspective as the company’s national Chief Medical Officer and PSO director, about what my teams have accomplished since 2001 when I took on this office and where I saw the challenges and opportunities for the future.

In the morning session I had the honor to once again introduce our “MDoY” (Medical Director of the Year) recipients, sixteen this year in our thirteenth iteration of that ceremony since I started it in 2001.  I was very nervous and as usual, overly serious.  I had video-taped and carefully edited interviews with eight of the divisional service line presidents and CMOs as well as Lynn Massingale. about their perceptions on the topic of leadership. This is a solemn and well publicized event and the honorees, each of whom rightly can be proud of many leadership accomplishments and  important contributions to the well being of their communities, wear their MDoY gold pins as symbols of high achievement in a company of 9500 physicians and APCs who treat over 13 million patients each year.

It seemed to be going well…I knew I was presenting myself in a dignified manner as I had always tried to teach…articulate, with poise and clarity.  With each point conveyed, I was feeling more confident (and starting to feel a bit full of myself).  And then, mid-beat while offering a very personal perspective on the significance of this august event, I was interrupted by a polite, ancient, arthritic woman dressed in a black house-cleaning uniform.  She had climbed the podium and while I was speaking began cleaning the lectern that I was hiding behind.  It wasn’t a subtle process at all, but rather a vigorous rub-down of the front and sides of the shiny glass.  It went on for what seemed like several minutes, although it really only lasted for less than a minute, but I lost my focus and I commented that I thought that one of my associates had arranged for this as a very funny prank, because as it went on it seemed like it had been choreographed by Carol Burnett.  We all laughed, assuming that the prank’s point had been made…but she continued cleaning… thoroughly.  And then I saw her face.  Her eyes were opacified with cataract scars.  She wore a hearing aid.  I realized that she was doing the job she had been sent to do and as focused as she was, she simply was unaware of the stunned, bewildered, spellbound audience behind her.  When she finished we gave her the applause she deserved.  She was a good earnest, hard working woman,  surviving likely on a minimum wage.  Surviving. 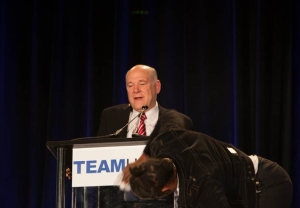 Later, as friends who had seen the event commented on the bizarre mystery of her appearance, noted the choreography of her performance, and speculated as to who might have been the sender-perpetrator, I realized that it really didn’t matter –  maintenance, pranksters or God…she was an angel who came in at just the right time.  She caused me to reflect on the addictive foibles of self-importance and potential pitfalls of self-congratulatory ceremony…for “those little ribbons for which grown men throw themselves in front of canons”, as Napoleon once commented.  A hierarchy of needs and wants…in a world that for most does not afford such luxuries, we often do too much for adulation, praise and legacy.

I do believe it was a divine intervention, after all.  A toast to you, dear Angel. 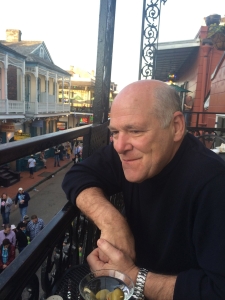 Posted in Diary
Scroll To Top