Working hard stone is much more difficult than sculpting softer material like marble that moves relatively easily with the experienced use of chisels and hammers. Working hard stone punishes one’s bones. Granite and Basalt, high up at 6 on the Mohs material hardness scale, are prone to shearing and splintering and thus, often require sculptors to use power tools like diamond-tipped chain saws and rotary bits.

In 1988, I found an interesting four-ton piece of granite whose facets allowed me to play with the juxtaposition of its rugged angles that were interspersed with its sweet, easy-to-work, flat surfaces. 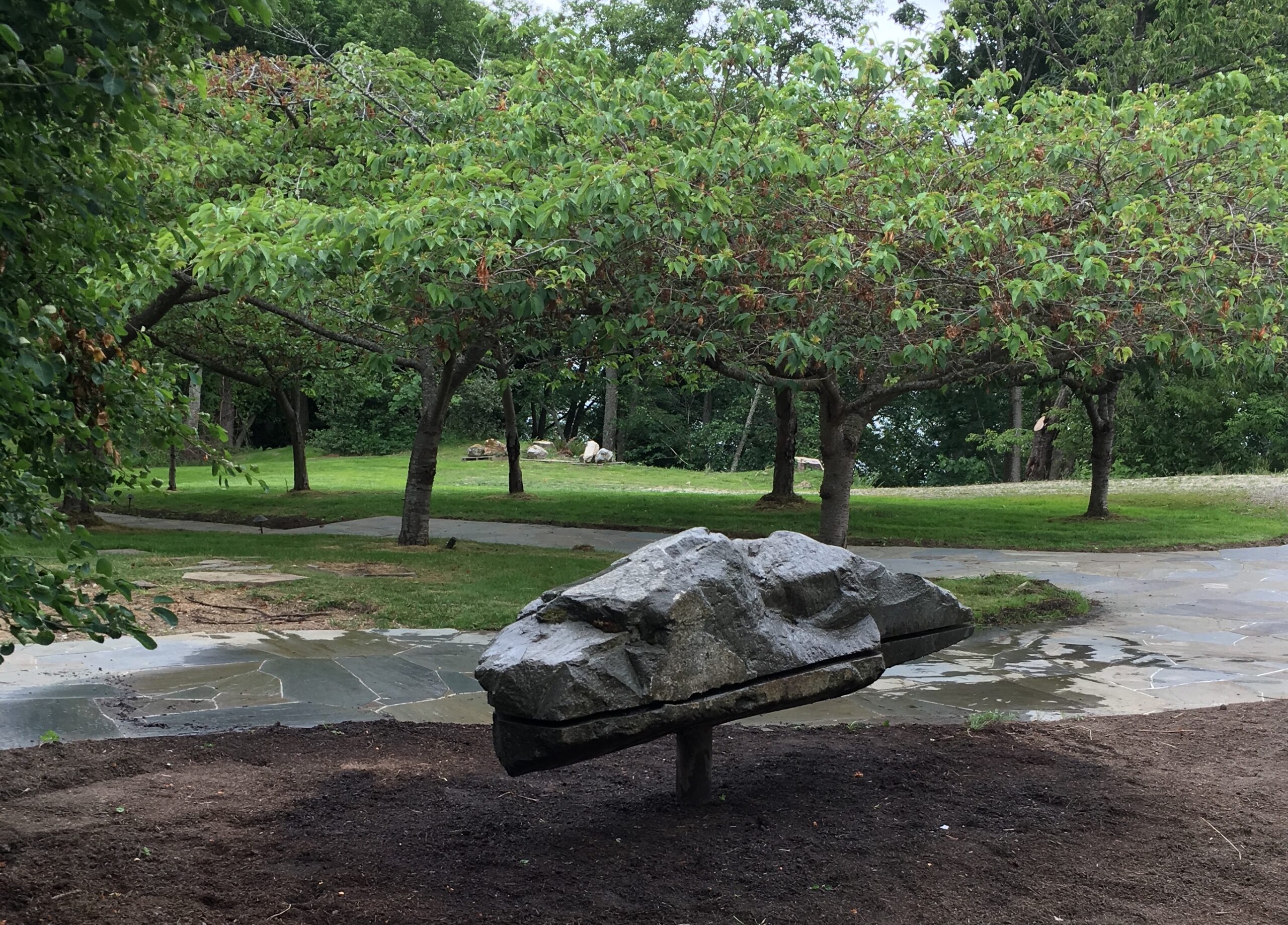 Its concave, front-top face and several other flat areas begged to be polished. After working it for several weeks, I split the stone horizontally, separated the bottom from the top with a 1″ gap, and placed the work on a single column secured in 4 yards of concrete. . 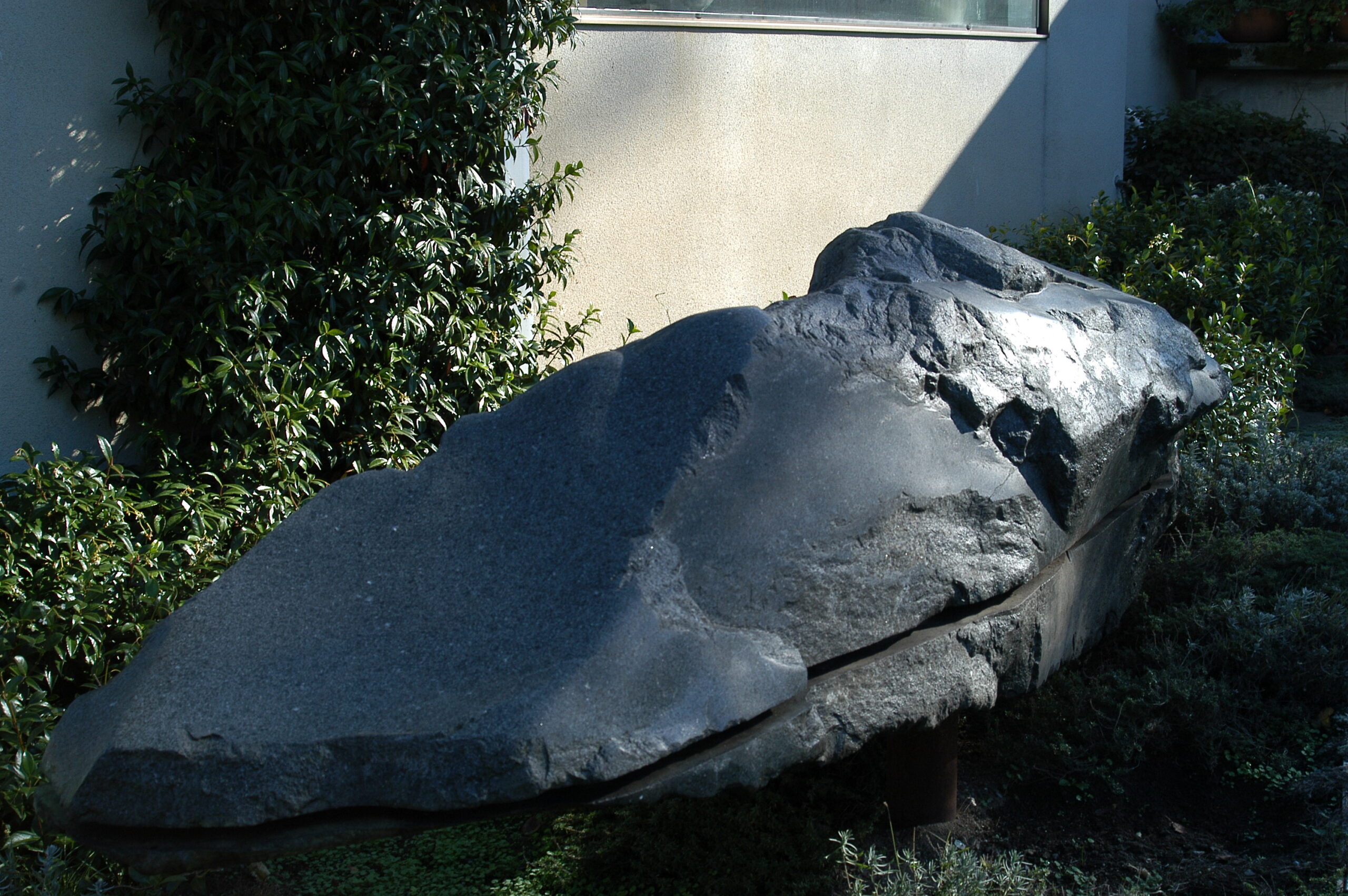 We named the final work SPOON, in honor of its most prominent concave surface, and then installed it in Barbara’s conifer garden. It now sports a soft moss that has added even more color accents to it:

In 1992, I decided to sculpt basalt, an igneous material with which I became enamored after studying the massive, deep black Egyptian basalt sarcophagi at the NY Met. 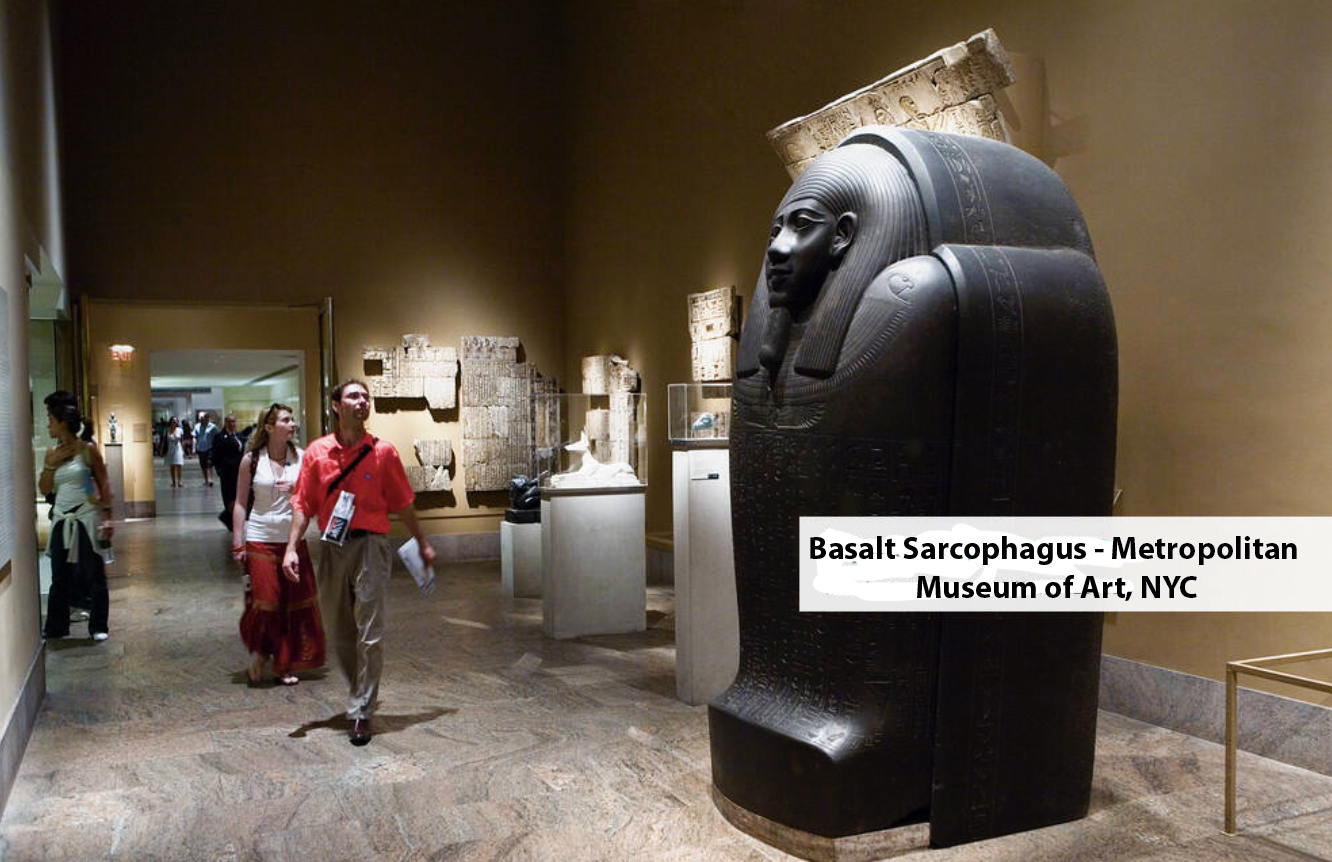 I located an intact Cascade Basalt hexagonal stone without invisible faults, testing the work by the sound of its resonant, musical “ping.” A “spalted” stone, i.e. one with microscopic cracks, will not resonate. Then I began working it into the piece I later named “Psyche”, thus titled because of the meditative-painstaking process of sculpting the complex, interwoven contours. Over several months, I exorcised many demons while cutting and then finishing it through multiple, successive wet polishing steps (60 to 10,000) of diamond grit. When Psyche is oiled and shiny, it is gorgeous.

Below are a few pictures of the progression of Psyche from a 6 foot, 6000 lb hexagonal basalt column into its final, polished form: 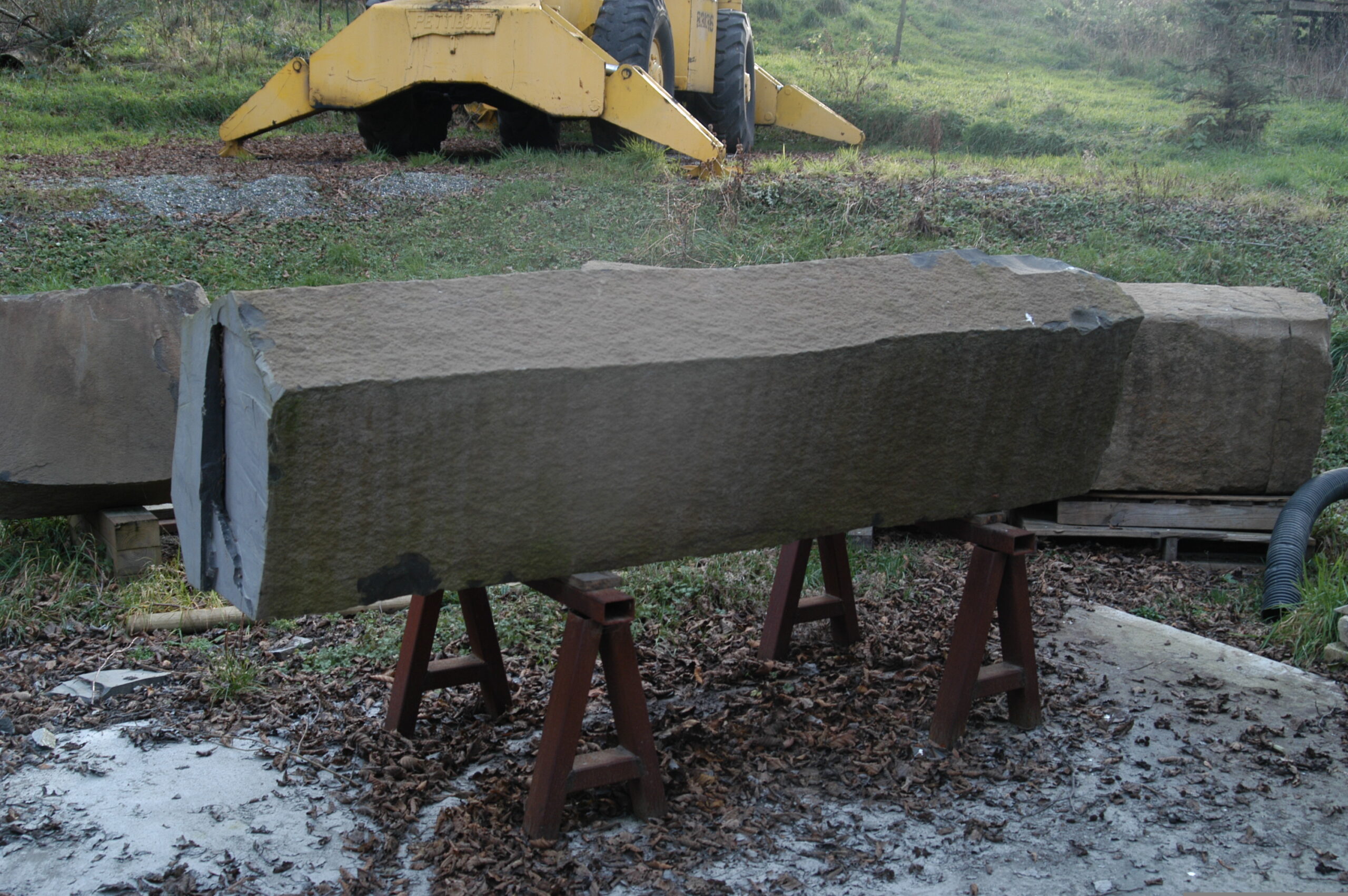 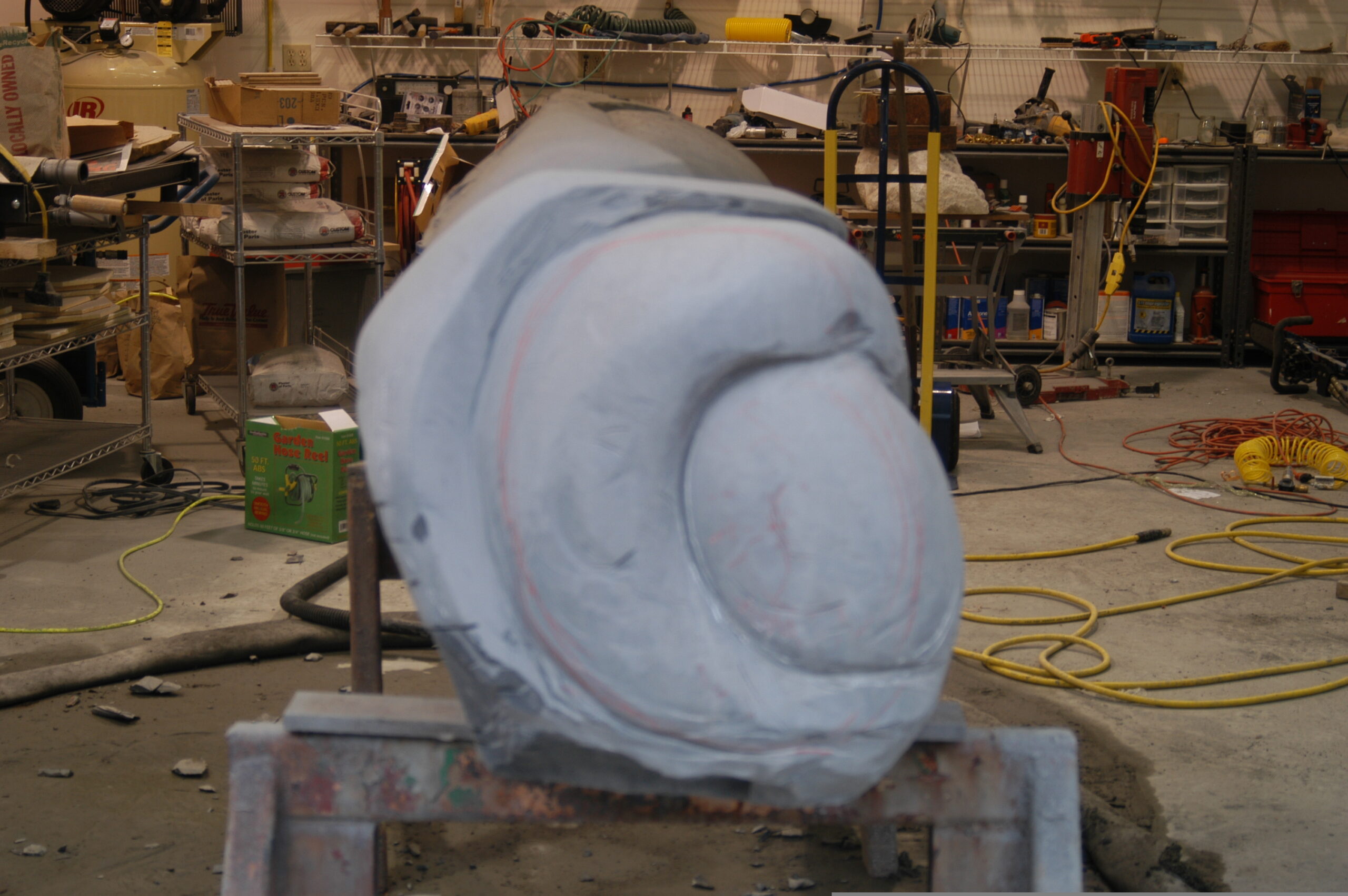 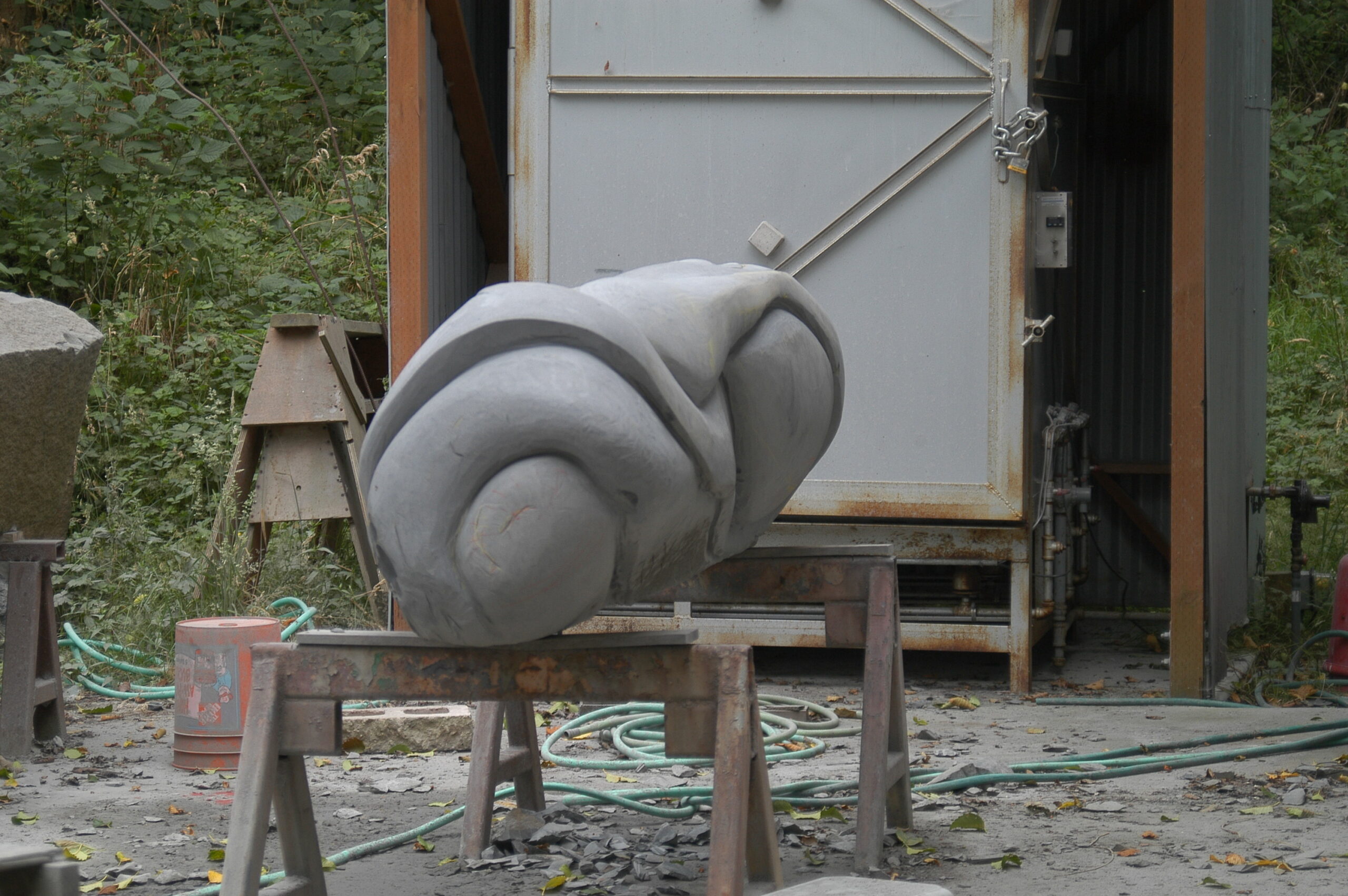 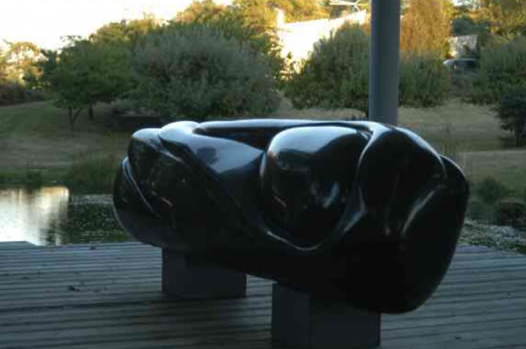 Currently I am working basalt with a diamond chain saw to sculpt longer pieces. After making several plunge-cuts with the chain saw into the body of a 15′ column,

I split the basalt using the same process developed by the Romans, i.e., I drive wooden shims into the cut crevices and wet them repeatedly until the expanding wood splits the stone. 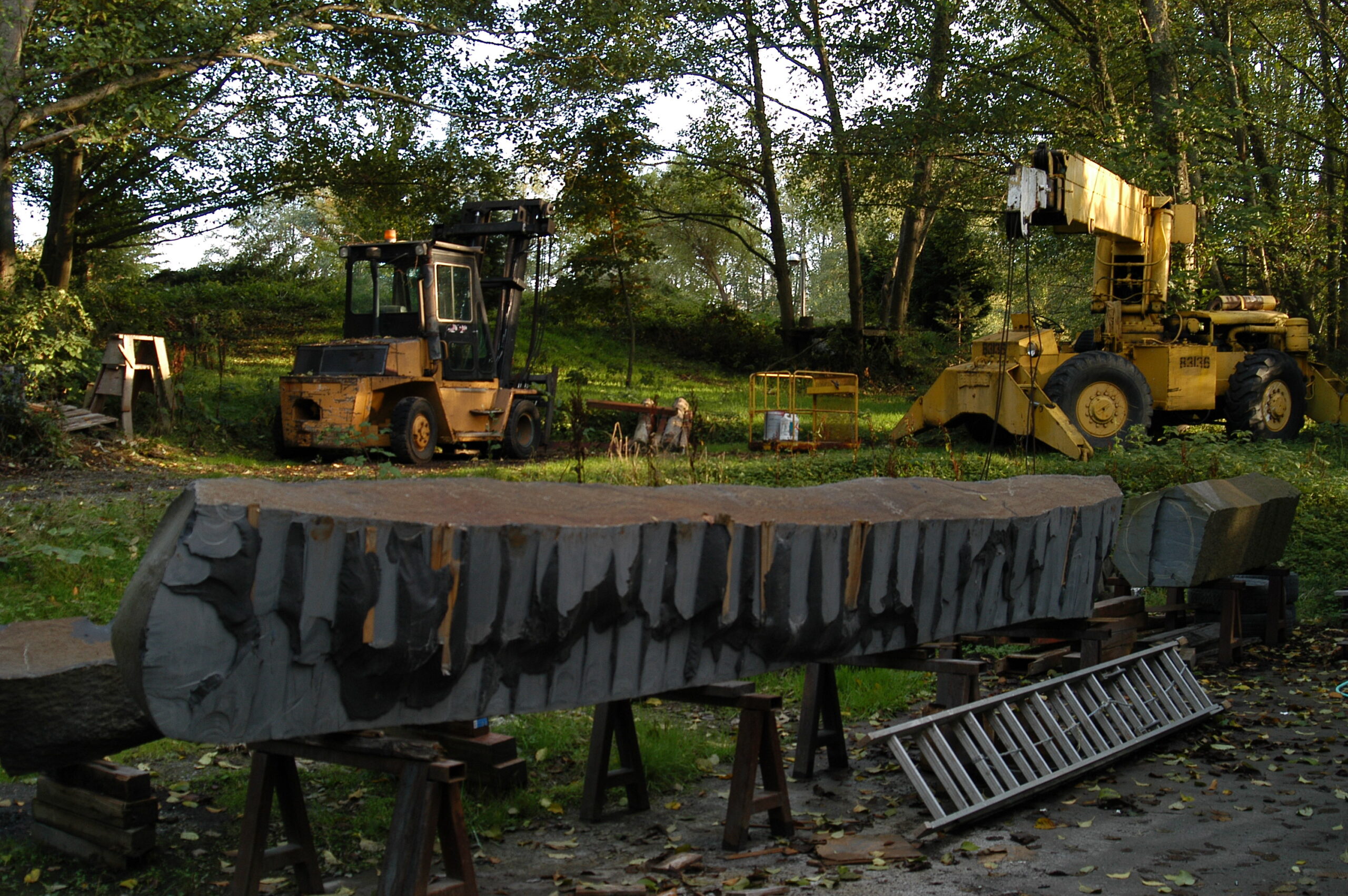 Then I polish the split surfaces. 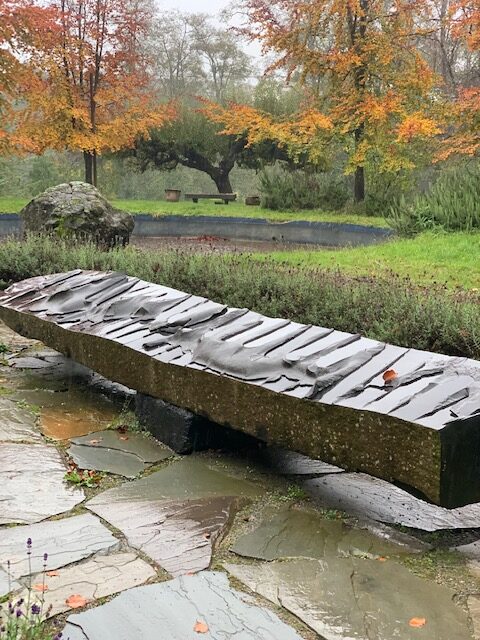 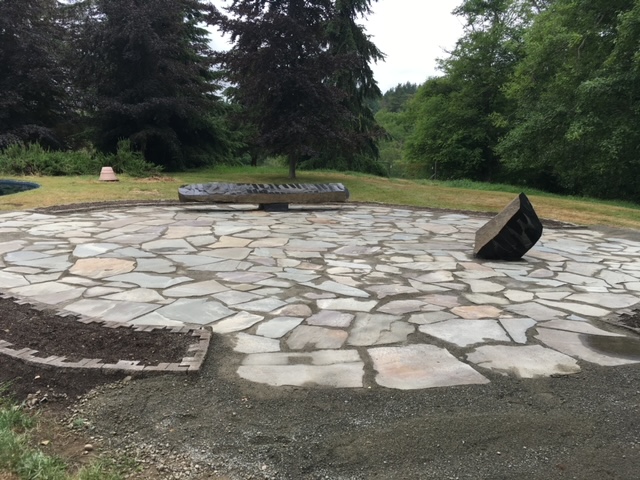 The above stone, one of three, 3-piece sculptures, is called “Sirens” The final piece of this work will be embedded in 2022.