I once knew an opera singer who built a successful, very specialized career by exclusively playing the witch in Hansel und Gretel. For two months out of each year during the winter holiday season, she flew around the world, shuttling from performance to performance, singing and artistically seducing kids into her gumdrop house. She was so good at it that she didn’t have to take on any other roles. Quite a gig! 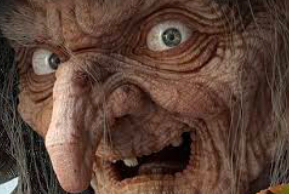 In the movie and TV business, where one can get stereotyped very easily if one is not careful, actors cast as villains can make a good living and may do a lot better than the symmetrically faced screen-handsome/beautiful thespians who choose to be portrayed as protagonists.  (This is a pretty good list of successful male villains: http://www.imdb.com/list/ls054856805/). 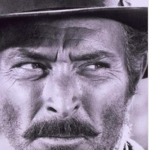 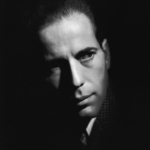 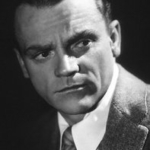 Jack Palance, Lee Van Cleef were doomed by their dramatic facial features to be stuck in the heavy roles, but made the best of it. Humphrey Bogart and Jimmy Cagney began by playing nasty mugs, but their acting ability allowed them to move out of that type cast into other types of roles. 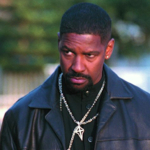 Some, like Kevin Spacey, Max von Sydow, Denzel Washington and Robert DeNiro have always been versatile enough (and work hard at it) to wear comfortably and believably either the white or black hat.  Perhaps that’s why they carry off their bad guy representations so well…we get fooled expecting the good (from their previously played personae) and get surprised/delighted when they summon up the bad.

What makes a good villain?

First of all, I define “villain” as an individual who repetitively (and perhaps devotedly) performs evil acts — their “evil” defined by actions that are intentionally harmful to others.

My first three books pit the main protagonist, Emmy O’Malley Evers, against some pretty nasty people. I have been asked about the villains who have surfaced in each of the books of the Widow Walk Saga — How did I come up with them and their motivations? Were they victims of the “Lucifer Effect” that sociologist Philip Zimbardo writes about? the 7 social processes that grease “the slippery slope into true evil”:[10]

Or rather, as in the case of both Anah in Widow Walk  and Bocamalo in Isthmus, do circumstances precipitate, in individuals who are predisposed — by situation, genetics and example set by others — villainous acts?  Do I believe we, as humans, are born pure and innocent but then are later corrupted by the influences of the society we live in? Or do I think we are inherently self-centered and, in order to avoid becoming truly evil,  must be taught and learn to rise above our base instincts? Can a person be both good and bad? How relative is evil and is it contextually defined by society?  Is villainy a habituated behavior?

And what about Benjamin Butler, the very real, mid nineteenth century duplicitous and opportunistic villain of The Fairness of Beasts? How does his behavior fit into all of this? What predisposed and then encouraged him to behave the way that he did?

Well, one characteristic that was common to all three bad actors — Anah, Bocamalo and Butler — was that, irrespective of any events that precipitated repetitive evil acts (thereby qualifying them as villainous, evil beings) —  they were arrogant. And in some ways, it is that arrogance that allows them to rationalize and perpetuate their sociopathic behaviors.

I don’t like comic book/cartoon depictions of villains…they are just not plausible to me, and therefore I cannot suspend my disbelief enough to let them scare me. 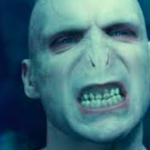 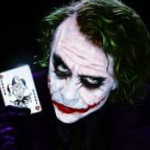 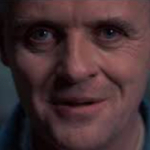 For me, villains are the scariest not when they are unidimensional monsters like the ones depicted in so many films (Harry Potter’s Voldemort, Batman’s Joker, Peter Pan’s Hook, every bang-bang current movie’s Russian mobster, and even The Silence of the Lambs’ Hannibal Hamlin). I find villains most frightening when they are truly human, motivated by the same things that are important to every other human being, but in a much more complex way, so that their actions just come out wrong. That’s real. Every gang-banger has a psychological history that that can be traced backwards to the slippery slope.

When I create a villainous character, I simply always try to make his or her historical background plausible, create context that puts him/her into decision-making choices which are realistic and compelling, and then invent for him/her despicable acts to perpetrate.

In other words, I do as I noted above — I try to make them human. I pepper their decisions with a bit of remorse. But only a bit. The degree of self-doubt and rationalization for their bad actions determines the degree to which their character is bent. And I always remember that a sociopath is driven in a way that non-psychopaths are not — he or she will be fundamentally narcissistic and selfish. The artifice with which behavior is disguised is best revealed by foils and by conflicts with others. And that’s where a plausible heroine — such as our Emmy, plays such an important, contrasting role in exposing villains for what they are.

More on that topic — How to Write Good Guys — in a future blog.