In Search of the Good Doctor

A few weeks ago I had the honor of delivering the 7th Annual James McClellan “Humanities in Medicine” lecture at Whitman College to an audience composed of physicians, academicians and students.  Research for the topic, “In Search of the ‘Good Doctor'” allowed me to explore and in many cases, re-acquaint myself with a wide array of sources related to that concept — in literature , film as well as medicine.  In many cases, thumbing through the pages of  Chekhov’s Ward 6, Richard Selzer’s  Mortal Lessons, Pasternak’s Zhivago, and William Carlos Willliams’ The Doctor Stories, I found margin notes with long-forgotten insights and comments from when I was a younger man.  Looking at film clips from old TV shows like Ben Casey, Dr. Kildare and E.R. reminded me of the significant impact those depictions of what constituted a “good doctor” made on me.  While preparing, I also had the chance to once again see two very different interpretations of “incompetence” – one in Wild Strawberries, Ingmar Bergman’s 1957 masterpiece, and then Peter Seller’s portrayal of a fumbling nincompoop of a doctor in the film adaptation of Robert Lewis Stevenson’s The Wrong Box. 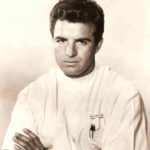 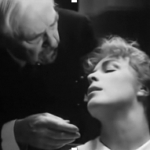 Something else occurred to me as I developed my premise: that “competency” is defined differently by patients than by the “insiders” (the medical establishment) who treat them. I found recent alarming statistics from surveys noting that over 65% of all physicians admit to having become burned out at some point in their careers.  What is not noted in that is what percentage within that unfortunate cadre ever really considered themselves recovered.  And if they did, how they did so, and what happened to them if they did not rekindle themselves.  I suspect the grand majority of those who “burned out” and did not reinvent themselves or exercise “parallel play” as a way of recovering, just kept on practicing (mostly out of necessity), but did so as cynics with compassion fatigue.  I saw it many times in many physicians during my career, men and women who lost the joy that should be associated with the privilege of practicing medicine.   Sad indeed.  Wasteful

The “good doctor” I concluded, is one who includes active listening, which is a form of empathy, in his or her practice and understands that doing so complements the other ways we think of a doctor’s competency — beyond  his or her technical skills, expansive fund of knowledge and their adept, adroit juggling of complex things in a complex environment.   The ‘good doctor’ must be, by definition, a humanist.

In the lecture I also recommended that all medical schools and post-grad residency programs incorporate “survival training” into their busy curricula and schedules, like the way we teach it at Cornell and Columbia to Emergency Medicine residents, so that physicians can better avoid the pitfalls that await them when they leave their institutions of higher learning and emerge into their practices.

Finally, I advised that we all, once and for all, accept the fact that physicians are like all the rest of us, and we give them the leeway to do the best they can, rather than hold them to the notion of perfection.   As the title lyrics in the TV show SCRUBS says: “I can’t do this all by myself…I’m no superman!”

Thank you, Whitman College, for giving me the opportunity to revisit all of this.   It was a joyous reunion with old, timeless friends.