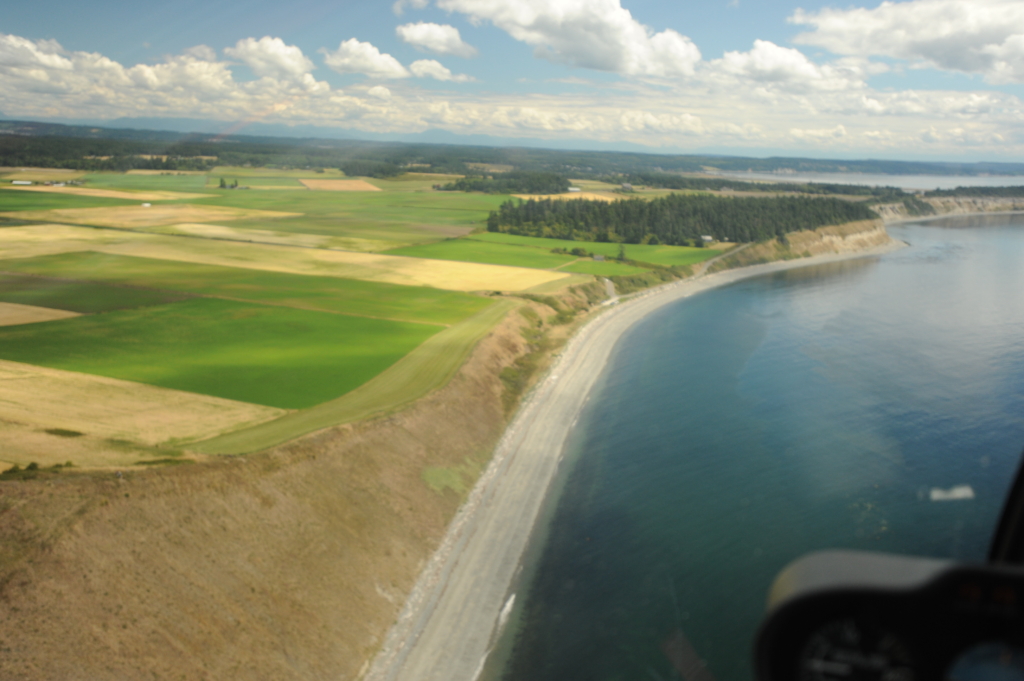 During the summer of my second year in medical school, at the invitation of a classmate who also was a Pacific Northwest transplant, I had the opportunity to work with him as a salmon fisherman on a “reef net” boat.  That summer, I met several Lummi Tribe Native Americans who live in the area right on the tip outside of Bellingham off of Lummi Island and Orcas Island. They proudly told me stories about the “Northerners,” and how the Lummis learned to outwit them during the predatory raids of the mysterious marauders. I was fascinated by the stories, and they are the seeds that got me looking into the history of the area and writing the Widow Walk saga.

There are a few stories that really intrigued me, and it has been a pleasure to learn the local history through the transformative and generative act of making art. What follows are a few of my favorite stories, each of which influenced the Widow Walk saga in its own way.

Taken by the creativity of how the Lummi Indians dealt with the Northerners in their stories, I realized that they approached the recurring problem in the same way they had taught themselves and others how to easily outwit salmon via the reef net technique.

In this method, the Lummis tether two boats in parallel on the water, then lay a net down deep between them.  Using twine and seaweed, they anchor lines from buoys leading to the boats, and between the two boats they lay twine-seaweed simulating the ascent to what would appear to be a shallow, food-rich reef.

Below is an example of what it looks like: 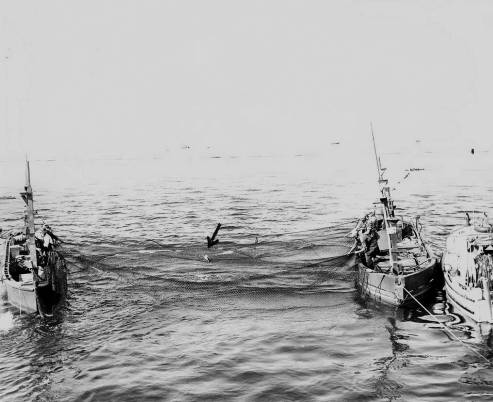 When the salmon swim up the ascent to the “reef”, they see the boats and dive down right into the net deep net.  The Lummi fishermen need do little more than pull in their nets full of fish.  My job on our reef net boat was to man the mast and watch for the appearance of the fish.  When we saw a fish, we were to yell “HIT IT,” at which we jumped down to the main deck and hauled in the net.

The Lummi always out-fished us. They had hundreds of years to practice.

The Northerners, experts in navigation, were said to be able to outrun sailing ships. Like the Vikings of Scandanavia, they were hungry for adventure and plunder, and raided all along the coastal waters of British Columbia and the Pacific Northwest, as well as the ocean coast all the way down to northern California near Mendicino.  As I noted above, in Puget Sound, many tribes like the Lummi had to contend with Northerner slaving and head-hunter raids. Tribal lore I heard spoke of many other schemes to outwit the Northerners.

I used these kinds of exploits, combined with the true story of the attack on the schooner Pigeon (found burned-out and adrift off of Maury Island in the mid-19th century) in chapter 3 of Widow Walk to create the coming-of-age story of Anah, the sociopathic leader of the Northerners.

The setting for that depiction is ideal. Before the channel between Vashon and Maury Islands was filled-in in 1917 to create an isthmus connecting the islands,  navigation from Tramp Harbor through the passageway into Quartermaster Harbor, where it is likely that many Salish-S’Homamish people lived, ‘was subject to the tides.  High tide allowed shallow draft boats, like the Northerner long boats to pass easily. Low tide, however, pushed the flats out for over a mile, making it easy for craft to be stranded and thereby vulnerable to attack.

I took the opportunity to video the Vashon-Maury Island isthmus, which now is maintained by sea-walls and periodic dredging and this is what I saw:

One story I love that I’ve heard from the Salish-S’Homamish is that they used the movement of the tides to catch the boats of the Northerners – a similar kind of trickster way to use the movements of nature to their advantage, a lot like the Lummi’s way of catching the salmon. These are the kinds of things that fascinate me about that time and place before modern technology and intrigue me about how the world operated differently.

The aborted attack of Northerners by the Vashon-Maury Island S’Homamish tribal inhabitants during Anah’s coming of age story – from taking his first head during the attack of the Pigeon, to distinguishing himself as a leader later on that day during the attack by the S’Homamish — is a combination of these stories.

The native tribes were not the only ones who had to contend with the Northerners. I found many mentions of the Northerners in the diary of Isaac and Emily Ebey. Emmy, Widow Walk’s main character, is inspired, and perhaps is a reaction to the Emily in that diary.

On a clear day on Whidbey Island it is possible to imagine what it would have been like for a frontier family like the Ebey’s to see a Northerner long boat coming from the north. It likely would have started small, but become unmistakable as it grew on the horizon. The settlers on the land would have had a good idea of what was coming. The longboats the Northerners used could carry up to 40 men and slaves, in addition to goods they looted or stole. Seeing these longboats coming in would trigger fear and action.

In the shared diary that Emily and Isaac kept, I learned about how hard Emily was truly working, and how bleak everything could get. Indeed, anyone who has spent the winter months in the Pacific Northwest knows that constant rain and darkness can wear on anyone, and would have multiplied the fear and dread of Northerner attack.

Emily’ terse entries in the diary give a good indication of the things with which she contended – hard labor, darkness, rain, loneliness, fear of losing her husband who, it seems was frequently gone, and ongoing fear of a Northerner attack.

Her worries inspired some of the atmosphere in the first Widow Walk book.   The fact that native and non-native settlers lived in constant fear of  an attack by the Northerners became the premise upon which I created Anah.

I put myself in the shoes of those peoples, disparate cultures each contending as best they could with sociopathic behaviors.  It has been fascinating to write the saga from that perspective, and I’m in love with the process of crafting meaningful historical fiction.