Hunting on the Continental Divide

Hunting on the Continental Divide

Looking out from the Continental Divide at Sunset

December 22nd, 2014: I am at 7800 feet from the Continental Divide in New Mexico, competing with a large mountain lion and a pack of coyotes for the elusive North American Great Elk. I know the competitors are there because I have glassed a wounded cow elk with marks that only a big cougar could make, and I can hear the coyotes. They spook the elk herds into a panic run and spoil a three-hour stalk in the freezing snow. 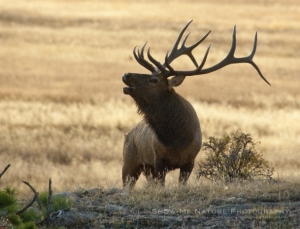 My first hunt in four years is rationalized because the wild game supply in the freezer at home is now depleted. I haven’t hunted in the snow and freezing wind like this since 2005. It will be a long distance shot, over 500 to 600 yards if the opportunity does present itself…but only if we are careful, lucky and watch the signs. I used to fancy myself a great shot, even at 1200 yards, but time and inactivity has an impact on confidence if not ability. And I refuse to take an “unethical” shot…i.e., a risky shot that has a higher probability of wounding an animal rather than outright killing it. The euphemisms we use to describe terminating another sentient being’s life, e.g., “harvesting” an animal, are interesting.

It is the afternoon of my fifth and last day down here. It is possible that my toes and fingers may freeze off this evening in the snow that is predicted, but only if the packets of “hot hands” do not work. The elk have been scant in number. Those that I have seen seem to be acclimated to the hunting that started during the rut in September…and this week, despite my efforts, I have been downwind from them repeatedly. They have been staying far out of range. The elk bull, a herbivorous prey animal hunted by predators like wolves, cougars and humans. Allow them to stay far away from soft-handed carnivores like me. They know the sour scent of a human’s sweat. I suspect there will be no elk steak for Christmas.

Many years ago, I wrote a piece for NPR called “Taking Out the Guns”, long before Columbine. It was intended to be a reflection on the love-lust we as Americans have with our various weapons. At that time, my father was failing fast in a nursing home, and all he had to pass on to me was his gun collection. I was debating whether to accept it or not. The narrative started and ended with a description of the ritual that my Dad introduced me to when I was a small boy…carrying the rifles out to the car for a hunt. I will find that story and comment more about it in a future post. 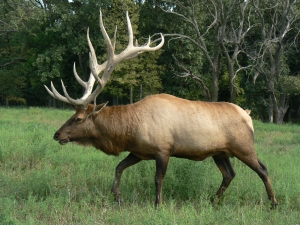 I am neither a “sports hunter” nor a “subsistence hunter”, in the words of Jose Ortega y Gassett, but as a hunter-shooter I am somewhere in between. I do not live for the hunt or need to hunt to live. I like the challenges of ballistics and understand the importance of making an “ethical shot”, and although I am a carnivore, I do not like to kill – I displace myself from the responsibility as do most carnivores in industrialized nations – and feel no rise when I see blood. I do not turn from it with nausea as I did before my surgical training. As magical as it is, it is just blood. I rationalize the killing, which is defined as an essential part of this hunting process, as a means to find a rare form of meat, the backstrap-tenderloins of an animal with well evolved survival instincts, developed over eons. Somehow, that rarity makes the act of killing the animal more of a sacred act, as absurd as that seems.

In the interim moments between the outings from the spike camp, and in the freezing watches over the sprawling snow covered terrain, I have had some time to think a bit and reflect on events over the past fifteen years. And perhaps this is one of the values of a hunt in the cold, watching for signs and signals, the scat and the rubbings, the flashes of movement from a well-camouflaged prey hidden in the cedar scrub and sage brush. It is a meditation in an indifferent cathedral, yet another wondrous opportunity to record in an undeciphered diary…

I am carrying a 338 Lapua, which has an effective range of over 1500 yards with a relatively flat trajectory for its heavy bullet. It is the same instrument that I successfully used four years ago during the fall rut in a different part of New Mexico. But it is a very heavy weapon, and I realize now that it is unnecessarily powerful…a lighter smaller gauge rifle like a .308 would have been sufficient. During the lulls, I wonder why I decided to bring it and reflect that my rationale was that I might have the opportunity to use it again at long range. But I wonder if I have been influenced by the sheer power of the weapon and what that means about my own ego needs. What was I trying to prove to myself? Is carrying this beast of a weapon a metaphor for the self-imposed lugging of all the other baggage, the honors, medals and epaulettes I own? I wonder about this in the context of the hunt itself… as ritualized in the twenty-first century, where pampered human savages pit themselves against beings with keen instincts and no technology.

I wonder about the respective appetites of the two species involved in this contest. We impose ourselves on them. Is it envy?

I have wondered about the virtues of bow hunting as an alternative to long-distance shooting. When I have hunted with a bow, I have seen the eyes of my prey as they see me. Are the odds evened up a bit? One wag said that if it really were equal, the elk would have grenades.

January 1, 2015.  Home again. Cleaning the chambers and storing the stories.