“El Verdugo” in the Isthmus

“El Verdugo” in the Isthmus

In anticipation of the publishing of Isthmus, the first sequel to Widow Walk, I believe it is important to describe some of the history of the Panama region during the time Emmy Evers and her family would have traveled there en route home to Boston. Let us start with one of the most notorious and legendary individuals of that era:

Ran Runnels, famously known throughout Panama, then and now, as “El Verdugo” – (“The Hangman”), was recruited in 1852 by ambassador William Nelson on behalf of the the Panama Railroad Company, to rid the Isthmus of the many thieves who preyed on the passengers and cargo traversing their new highway. 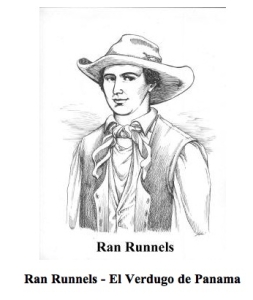 Runnels, described as a man of small frame and short stature, was a former Texas Ranger and mule skinner who rode with the famous Colonel Jack “Coffee” Hays during the Comanche Wars and the Mexican-American war, took on the railroad job reluctantly.  Initially, the Railroad company attempted to hire Hays himself, but by then he was well established as the sheriff of San Francisco.  Hays recommended Runnels for the job. 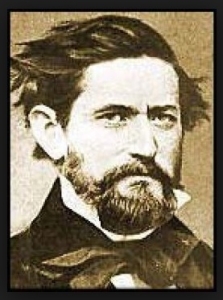 While the railroad was still under construction, Runnels ran his operation quietly for over a year – under his cover as a mule transportation company director.  He visited the taverns and whorehouses listening for gossip and kept a private journal, listing the names of perpetrators of the numerous heists and outrages.  Then, on one night, he and his men, who later became known famously as the “Isthmus Guard,” visited the known whereabouts of forty men, captured them and lynched them on the parapets of Panama City.  No trials were ever conducted.  When the railroad began operating in 1855, the gold robberies and murderous plundering began again.  In response, Runnels repeated his executions.  In similar fashion to his executions in Panama City, in one day he lynched thirty-five men and a few women in Aspinwall-Colon.  The robberies stopped.   A few years later, his intervention in  the famous “Watermelon War” in Panama City, resulted in the rescue of scores of travelers who were trapped by an angry ghetto mob in the train terminal.   Almost nothing is known about Runnels before he began his work in Panama, and little is known about Runnels after his “retirement” other than that he married the niece of the Panama governor, and briefly served as U.S. Consul for Nicaragua, where it is believed that he was later involved in similar mercenary incidents.  He died of consumption in 1877 and is buried in Rivas, Nicaragua.

I encourage you to read the award winning historical fiction WIDOW WALK, published by Greenleaf Book Group, available in hard cover  via Amazon and Barnes & Noble, and audio, narrated by John Aylward